Hunter is a great player that has great heart.

A four-year starter at shortstop, Bryce is the lead off hitter and sets the tone for the team in each game. Broke the Deer Creek stolen base record his sophomore year.

Parker has all of the tools and makeup to be a dominant pitcher. He had innings as a freshman, and had his sophomore year cut short by COVID. But he is looking for a big upcoming season.

He is a team leader on and off the field. Great person and an equally great human being. He is an individual that works hard and is very competitive.

He is an all-around athlete that will rotate through multiple positions and can hit for power or base hit. Kind of a swiss army knife.

Great baseball player that knows the game. He has committed to play at Oklahoma State.

Braden has every attribute you want in a player. He's smart, fast, strong, and disciplined, but probably the best quality he has is that he is a gamer. No matter the situation not matter the score, Braden wants to win.

He is a solid player and a leader among his teammates. Will be leaned upon this season.

He will be the team’s number one pitcher this season. Will also play first base and outfield when he is not pitching, and he excels at both of those positions.

He can play any position that is needed. He has a high soccer IQ and has committed to play at Oklahoma City University.

Aidan is a versatile player with high level foot skills. He is great at set pieces and has scored goals on multiple corners and free kicks. He is a young man of high honor and integrity and will be a team captain this season.

He has been a varsity player for three years. He has played both forward and goalkeeper. He is great talent that will play at the next level. He works hard and loves to be a part of the team.

Isaias is a highly decorated player. He has won almost every major award he can. He is a tremendous player and an even better teammate.

Has an incredibly hard to find combination of pure speed, skill, and the ability to score goals with both feet. She is a unique talent, but also a consummate teammate.

She is an amazing athlete and teammate that does a lot of the things that do not show up in the stat sheet. She is a valuable member of our team.

She has a great attitude and always works hard. She has great skill and is a strong leader on the team.

By Derrick Smith Adria Ramirez would not be the person she is without many people that have greatly influenced her life. “I’m surrounded...

By Derrick Smith Isaias Silva played his first soccer game when he was four years old and it was at that moment he fell in love with the... 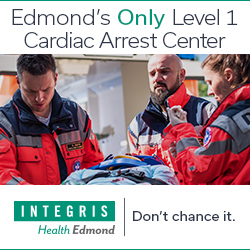