The last two seasons have not gone as planned for the Jaguars. But this season, the team is optimistic and head coach Michael Millwee likes the experience and depth of his team. “This year’s team will showcase a lot of depth that can shoot the ball well,” he said. “They can also handle the ball well and they enjoy making team first plays on the court. The majority of our returners gained valuable varsity experience and confidence last season and they are ready to take a big step forward this year as a team.” Guard David Owusu (6-2, Sr) is back after racking up 15.5 points and 5.8 rebounds last season. He is a high character leader that has improved his strength, handle, and shooting. He looks to be primed for another good year. Evan Barber (6-0, So) plays with pace and gets the team into their offense. He plays with a very high IQ, which also makes him a good decision maker. At the forward position, Zach Hays (6-3, So) is an explosive and versatile player that can defend guards or post players on the defensive end. Other Jaguars that look to make a contribution this season are Tyshon Covington (6-3, Sr), Enrique Molina (6-1, Sr), Zach Bandy (6-2, Jr), Zion Faboro (6-6, Jr), Anthony Ramos (6-2, Jr), Logan Summers (6-4, Jr), Cooper Compton (6-2, Jr), Bo Garrett (6-2, Jr), Sihr Manuel (6-5, Sr), Cooper Hayes (5-11, Jr), Lamondo Cargile (6-3, Sr), Ethan Wohletz (5-11, So), Rhett Monroe (6-8, So), Dillon Graham (5-8, So), and Blaine Kerly (5-10, So). SOMETHING TO WATCH - The Jags have struggled the past two seasons, combining for eleven wins during that stretch.

The 2020 VYPE Oklahoma Basketball Preview is out!

Order your copy of the 2020 Basketball Preview here.

SNU’s Master of Sport Management and Administration is cheering on Fields &...

Southern Nazarene University freshman Jeremie Allen is an inspiring testament to the power of sport in a young student’s life. The former... 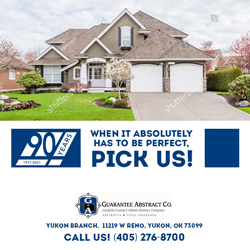